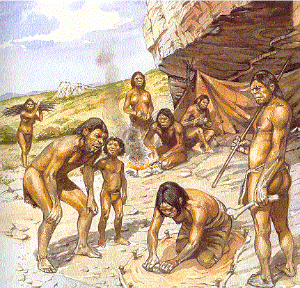 Draughting can be traced back to 2000 BC, when a fossilised plan was found showing an aerial view of a Babylonian fortress. Ever since man has been building, erecting or fabricating, man has conveyed technical information about the project. A new study may show that the Babylonians may have inherited this skill, because a recent discovery shows early man had used animal skins as a drawing medium, and charcoal or plant pigment mixed with sap as a primitive ink. A drawing of strange lines and curves that made no sense when first examined. A traditional or ceremonial dress was the first of many theories, but the lines were on the inside, the side closest to the skin if worn by the wearer. It was, in fact, a map of migrating animal herds that may have been used to coordinate a hunting team or a marked trail for finding a new camp. 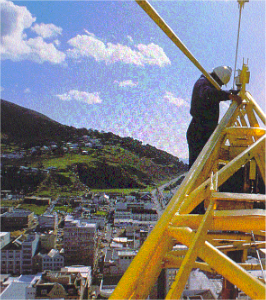 Today we may still make maps and wear skins, but the twenty-first century draughtsperson uses his or her technical communication skills by applying an international language of art and graphics to convey information. Draughting uses a strict set of standards and rules, so when a technical picture is created on the drawing board or on CAD, it can be universally understood. Simply put – draughtspeople communicates ideas, concepts and facts pictorially so that others can manufacture, fabricate, build or construct from these illustrations.

The tools of draughtspeople are drawing boards and computers loaded with draughting software called Computer Aided Draughting (CAD) from which to prepare drawings. Drawing classification’s range from tracing and redrafting to modelling and prototyping.

The main draughting disciplines are Mechanical, Civil, Structural Steel, Piping, Electrical and Architecture. From humble beginnings, modern draughting and engineering knowledge revolutionised an age old process. This century will see more development and more advancement in technology – a century that will see those who are trained as draughtspeople, being able to harness a skill and achievement that the Babylonians would have never dreamt possible.